How to distribute IPA file for jailbroken devices

So i have been getting a few queries on how to create an IPA file from Xcode and distribute it for jailbroken devices. Here is how i did it for Damn Vulnerable iOS App.

Once the application is installed on the device, copy the .app folder from the device on your system. 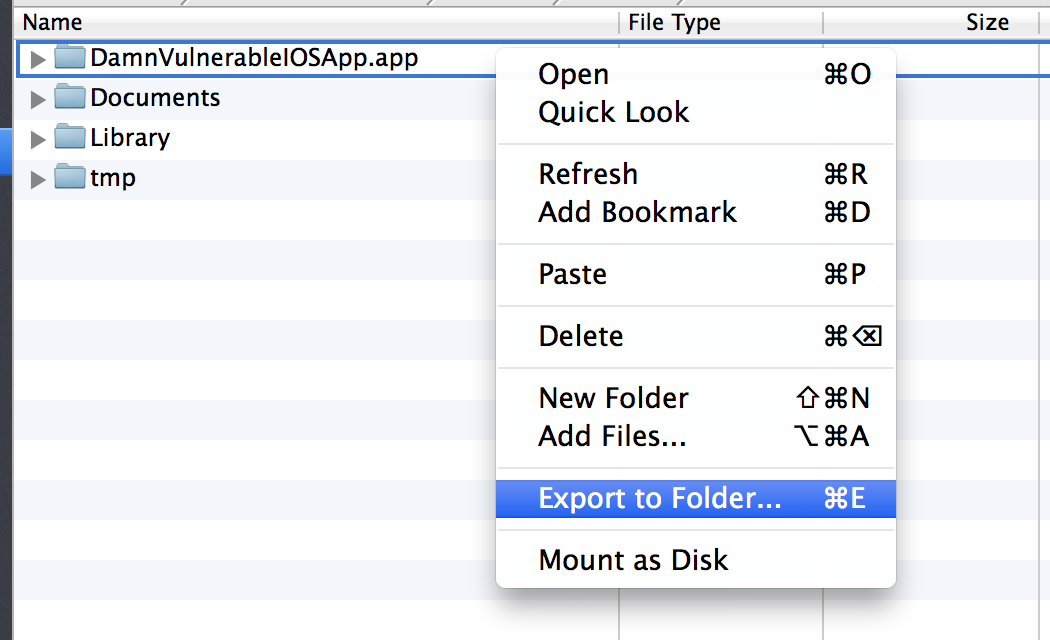 IOS Dev - Encrypting images and saving them in App Sandbox

One of the requirements in my latest project was to encrypt an image and save it on the device in the application’s sandbox, then decrypt is during runtime and upload it to the server. I looked at the documentation for Apple’s CommonCrypto Framework, but it was taking me plenty of time to implement it so instead i decided to use some wrappers that would get the job done for me. I found the RNCryptor library on Github that uses AES encrypton. It was pretty simple to implement it. First, download the files from its github url and include all the files that are relevant to you present inside the RNCryptor folder on your project. In my case, i just imported all of them for now.

Then use the following code to encrypt the image.

Note that encryting and decrypting the image requires a passcode (ABC123). To decrypt the image, use the following code ..

See, its pretty simple. If you have any questions, let me know in the comments secton below and i will get back to you.

IOS Dev - Storing Info in Keychain with NSUserDefaults like syntax

I started looking for some Keychain Wrappers and bumped into this amazing library from Github named PDKeychainBindingsController. I found it ridiculously simple to use.

What to expect from the new iPhone (5S/5C) - Rumor roundup

Finding methods for a particular class

Let’s say we are analyzing the flow of an app during its runtime. It would be really good to know what are the methods being called in a particular view controller or in a particular class. Since Cycript is a blend of Objective-C and Javascript, we can write a function that has both Objective-C and Javscript syntax. We can define functions in the interpreter and use them anytime we want to find out some particular information. A good source for finding such code snippets is available here and we will be using most of the code snippets from here for this article.

First of all, lets make sure we are hooked into the running process.

Restkit 0.2 supports pagination through a class called RKPaginator. It has all the necessary methods for supporting pagination properly and efficiently.

The first step is to define the properties required for pagination.

Also make sure to define the url path for your request. The parameters after : denotes the attributes of the RKPaginator object. For e.g, in the below path, instead of :currentPage, the value that will be passed is the currentPage attribute of the paginator object. The two attributes that are necessarily required are perPage and currentPage.